As wikipedia mentions: “Time-lapse photography is a technique whereby the frequency at which film frames are captured (the frame rate) is much more spread out than the frequency used to view the sequence”.

Time-lapse videos have been relatively popular for a few years now, when cell phones were powerful enough to process them, so many cell phones include the feature in their camera app. However, this is sometimes limited, so it is better to use third-party applications for creating time-lapse videos. These are the best available nowaday on Google Play.

Framelapse is one of the oldest time-lapse applications on Google Play, with many years of experience (note: it used to be called Droid Timelapse) and over a million downloads. There is both a free and a paid version, although the former is sufficient in most cases.

In Framelapse you can choose the speed interval (how often a photo will be taken), set a maximum duration and adjust the bitrate and resolution. It is one of the most elaborate and stable time-lapse apps. 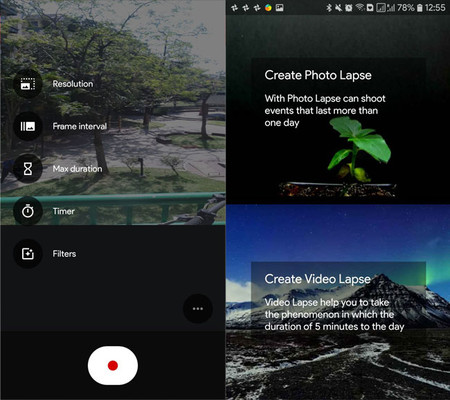 It has a similar name, but it’s quite different from the previous one. In fact, if Framelapse stands out for being quite stable, the same cannot be said for Time Lapse Camera (also called Time Spirit). Still, it has all the necessary settings for a good time-lapse and is very easy to use.

A curiosity of this application is that you can create time-lapse videos from existing photos, which is much better for making stop-motion animations or in cases where the camera movement is minimal, such as when trying to capture the growth of a plant. 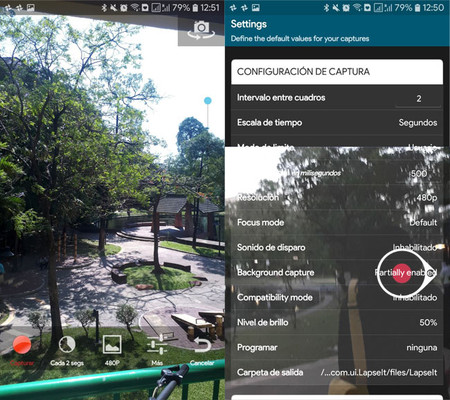 Lapse It is probably the application from this list that gives you the most configuration options. Basically you can set everything from focus type to white balance, ISO sensitivity, flash usage, duration or interval of each image.

Although the interface is a bit old-fashioned, it has a “Material” mode that is being tested and that modernizes it a bit. Like the previous application, it can also be used to make stop-motion animations, joining multiple photos together. 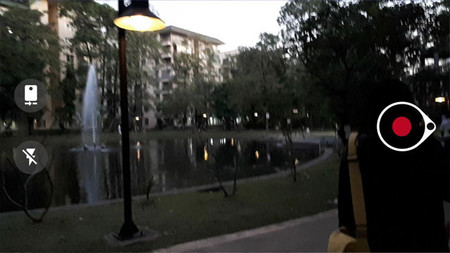 Microsoft Hyperlapse has the advantage that speed can be adjusted after recording, and it stabilizes the image for smooth motion. Although the application has not been updated for a couple of years, it still gives very good results. 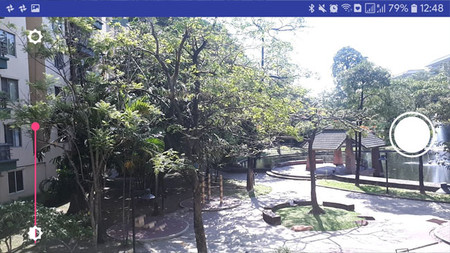 As its name explains (Simple time-lapse), this application is a simple alternative, without too many additional options. Almost the only thing you can do with this app is to record, although it has two settings to control the frame rate and resolution. 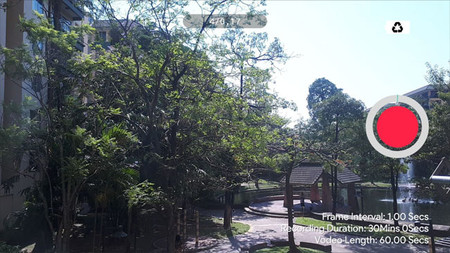 SuperLapse is an app with a more up-to-date interface. With it you can make the most common adjustments such as specifying the interval between frames and the resolution or exposure of images.

This app stands out because it allows you to block the focus, exposure and white balance during recording and thus prevent the mobile phone from trying to focus between different shots thus ruining its creation, which is a very common problem often found in other similar applications. 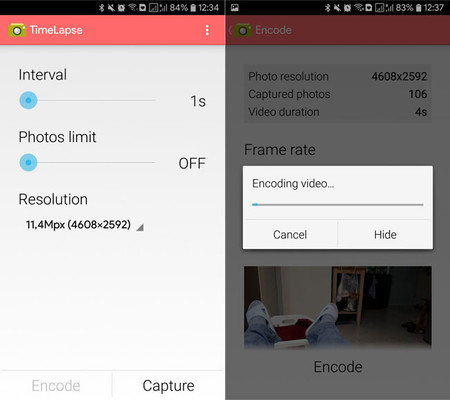 Finally we have Timelapse, an app that we rescued from the trunk of memories and that has not been updated for five years, but that is precisely why it can be useful when you have an old mobile phone that you want to reuse to make time-lapse videos. It works with Android 4.0 or higher.

This app works in a very common way: first it takes all the photos at once (Capture) and then it joins them all in a video during the encoding process (Encode). Nevertheless, the interface of this app has aged quite well and is still in use among time-lapse video fans.

mediabloid - June 25, 2020 0
Dropbox has just been updated. Just today it launched a number of new features in a joint pack that specializes in improving service security....

mediabloid - January 18, 2020 0
It is not the first (nor will it be the last) time that technology tries to imitate nature by building robots. A group of...

mediabloid - January 19, 2020 0
The last SpaceX missile that has flown in the past few hours exploded and crashed in less than two minutes. However, this was not...

This is how your children skip parental controls

mediabloid - January 18, 2020 1
Marc had no idea that his two children, ages 10 and 6, were spending hours watching YouTube videos late at night when he installed...

mediabloid - January 26, 2020 0
MTP, mass storage, MIDI, PTP, shared connection... a strange language for many. With a mobile phone we can carry out many tasks wirelessly. Even charging...